Home / About Us / Meet the Staff 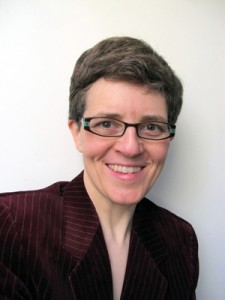 María DeGuzmán is the Eugene H. Falk Professor of English & Comparative Literature and Founding Director of the UNC Latina/o Studies Program of the Department of English and Comparative Literature. She is the author of three books: Spain’s Long Shadow: The Black Legend, Off-Whiteness, and Anglo-American Empire (University of Minnesota Press, August 2005), Buenas Noches, American Culture: Latina/o Aesthetics of Night (Indiana University Press, June 2012), and Understanding John Rechy (University of South Carolina Press, August 2019). She is currently at work on her fourth book, which focuses on LatinX environmentalisms. Professor DeGuzmán has published many articles on Latina/o cultural production. She writes and teaches about relationships between literature and various kinds of photographic practice. Recently, she has published articles on Latina/o poetry and astronomy and on LatinX botanical epistemologies.

She is also a conceptual photographer who produces photos and photo-text work, both solo and in collaboration with colleagues and friends. She has published essays and photo-stories involving her photography. Her images have been chosen as the cover art for books by Cuban American writer Cristina García and the poet Glenn Sheldon and for books by academic scholars. As Camera Query (solo and in collaboration with others) and as SPIR: Conceptual Photography (with Jill H. Casid), she has shown in the Carrack Gallery, the Pleiades Gallery, and Golden Belt Art Studios in Durham, 523 East Franklin Street in Chapel Hill, the Orange County Historical Museum in Hillsborough, and the Joyner Library at East Carolina University in Greenville, North Carolina; Salisbury University Art Gallery in Salisbury, Maryland; the Institute of Contemporary Art in Boston; the Watershed Media Centre in Bristol, England; Pulse Art Gallery in New York City; the Center for Exploratory and Perceptual Art (CEPA Gallery) in Buffalo, New York; and El Progreso Gallery in Madrid, Spain. She has worked most notably with co-authors and co-producers, Jill H. Casid and Carisa R. Showden on combinations of text and image. She has collaborated as music composer with visual artist and lyricist Janet Cooling. Most recently, she has been composing original music and lyrics of her own as well as working on her own photo & text stories. Elyse Crystall is Teaching Associate Professor of English & Comparative Literature, Acting Director of UNC-CH Latina/o Studies (Spring 2020), and the coordinator for the social justice and literature concentration at the University of North Carolina at Chapel Hill. She teaches courses on race and ethnicity, gender, and sexuality; visual literacy and graphic novels; and academic writing. Geovani Ramírez is a Postdoctoral researcher in the English and Comparative Literature Department at UNC Chapel Hill where he specializes in Multiethnic and Latinx literatures. His dissertation, for which he was awarded the J. Lee Greene Award for excellence in Postgraduate Work on Race and Ethnicity, explores the ways Mexican-heritage women writers use the topic of labor in their works to interrogate and re-shape notions of class, race, gender, culture, (trans)national identities, and citizenship. Through employing ecocritical and disability studies lenses as well as ecofeminist theory, his dissertation reveals the essential role Mexican-heritage women have played in offering conceptual frameworks for understanding Mexican-heritage people’s relationships to labor and laboring spaces, the environment, and health.

Geovani’s publications include an essay for Latinx Talk entitled “LatinAsian and Black Latinx Migrations in Literature” (2020) and a chapter, “Ruiz de Burton’s Inviolable Californios and Roguish Anglos in The Squatter and  the Don and Who Would Have Thought It,” in Intersectionality: Understanding Women’s Lives and Resistance in the Past and Present (forthcoming). He also has a forthcoming encyclopedia entry on Cristina García in Latino Literature Encyclopedia for Students and two book reviews for The Carolina Quarterly.

Geovani joined the UNC Latina/o Studies Program as a Graduate Assistant in the spring of 2019, and he was a Graduate Student Fellow at the UNC Center for Faculty Excellence during the 2018-2019 academic year. While at UNC, Geovani has enjoyed working with UNC students in various capacities, including as sole instructor for ENGL 105 Composition and Rhetoric, ENGL 105i Social Sciences, ENGL 129 Cultural Diversity and Literature, WGST 233 Introduction to Latina Literature, and ENGL144 Popular Genres. Geovani has also been a graduate research consultant for WMST 465 Gender, Immigration, and Labor and ENGL 364 Introduction to Latinx Studies, an ENGL 105 instructor for the UNC Summer Bridge Program, and an assistant writing coordinator for the Moore Undergraduate Research Apprentice Program. Geovani will be rejoining both the Summer Bridge and MURAP programs in the summer of 2020. From fall 2014 to spring 2018, Geovani worked as a writing coach at the UNC Writing Center where he coached undergraduate and graduate students from all disciplines on a wide range of writing genres and projects. He loves sharing literature and cultural productions with the general public. He has enjoyed giving talks for the Ackland Art Museum and Carolina Performing Arts Center, and he has been an invited panelist for the Playmakers Repertory Company and the UNC-Chapel Hill Department of Art and Art History. He was also a guest speaker on the Aaron Keck Show during an “Oh the Humanities” segment with Max Owre (WCHL 97.9 The Hill).

In the spring of 2020, Geovani received two university-wide honors in the form of a University Diversity Award and was selected for induction into the Frank Porter Graham Honor Society.

In the fall of 2020, Geovani will be teaching two Latinx literature courses: ENGL 164 Introduction to Latina/o Studies and ENGL 359 Latina Ecofeminism and Disability in Visual Art, Film, and Literature.

When he isn’t researching, teaching, or writing, Geovani likes to paint, sketch, and write fiction. He loves music, hiking, and camping, and he delights in natural wonders. Marcy Pedzwater is a Graduate Teaching Fellow and Researcher in the English and Comparative Literature department at UNC, specializing in contemporary LatinX and Latin American Literatures. She is the Project Coordinator for LSP Graduate Teaching Initiatives. She provides instructional support to Graduate Teaching Fellows who wish to incorporate Latina/o Studies into their first-year writing courses and develops teaching resources for the Latina/o Studies Program. Her research focuses on the intersections of archive, gender, authoritarianism, and colonialism in Latin American and Latina post-dictatorship literature. She has been the instructor of record for English 105: Composition and Rhetoric, Spanish 105: Spanish for High Beginners, and Spanish 203: Intermediate Spanish 1. In her free time, she enjoys knitting, cooking, baking, and spending time with her loved ones.