Kathleen DuVal earned her Ph.D. in history at the University of California-Davis, and held a postdoctoral fellowship at the University of Pennsylvania before joining the faculty at UNC-Chapel Hill, where she is a Bowman and Gordon Gray Professor. Her most recent book is Independence Lost: Lives on the Edge of the American Revolution (Random House, 2015), which tells the history of the Spanish in the American Revolution. She is also the author of The Native Ground: Indians and Colonists in the Heart of the Continent (Penn Press, 2006) and co-editor of Interpreting a Continent: Voices from Colonial America (Rowman and Littlefield, 2009). DuVal is currently writing a book on Native dominance of North America from the eleventh to nineteenth centuries.

Course: HIST 561, “The American Colonial Experience” (to count for the LTNO minor, final paper must focus on Spanish colonial topic) 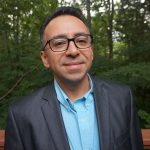 David Garcia is Associate Professor of Ethnomusicology in the Department of Music at the University of North Carolina at Chapel Hill. His research focuses on the music of the Americas with an emphasis on African diasporic and Latin music. His publications include Arsenio Rodríguez and the Transnational Flows of Latin Popular Music (Temple University Press, 2006) and Listening for Africa: Freedom, Modernity, and the Logic of Black Music’s African Origins (Duke University Press, 2017). He is currently editing a critical reader on the history of Latin music, dance, and theater in the United States, 1783-1900. Hannah Gill is an anthropologist with a specialization in Latin American and Caribbean migration studies. She received a DPhil in Social Anthropology from the University of Oxford, England and a BA from UNC Chapel Hill. Dr. Gill teaches a global service learning class (GLBL 390) that travels to Guanajuato, Mexico each year. She directs the Latino Migration Project at UNC Chapel Hill, a public educational program on Latin American immigration and integration in North Carolina. She is the author of the book, “North Carolina and the Latino Migration Experience: New Roots in the Old North State.” Nuevas Raíces is a public history initiative that documents North Carolina’s Latin American heritage through oral histories. Click here to listen to more than 200 stories at the bilingual website. To get involved, contact Dr. Gill at hgill@email.unc.edu.

Joseph Jordan is Director of the Stone Center for Black Culture and History and Adjunct Associate Professor, African/African American and Diaspora Studies. His work focuses on diaspora social justice movements and the cultural politics of race, identity and artistic production in the diaspora. Selected published work includes: Cabral, Solidarity and the African Diaspora in the Americas in Cabral no Cruzamento de Épocas: Comunicações e Discursos  Produzidos no II Simpósio Internacional Amílcar Cabral (2013); Can the Artist Speak? Hamid Kachmar’s Subverise Redemptive Art of Resistance in Bodies of Knowledge: Interviews, African Art, and Scholarly Narratives (Indiana); and The Call of Revolution: The Anti-Apartheid Movement in the 1970’s in No Easy Victories: African Liberation and American Activists, 1953-2002. (Africa World Press). 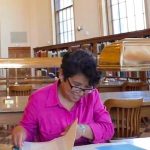 Annette M. Rodríguez’s research interests focus on the functions of public violence in U.S. empire and nation building, U.S. racial formation, immigration, and the production of U.S. citizenship. Her current book project Inventing the Mexican: The Visual Culture of Lynching at the Turn of the Twentieth Century centers performance, popular culture, and visuality as assisting in the relational construction of race. She argues public violences reproduce the vulnerable, unprotected, raced figurations of personhood. Her recent publications include “Antigone’s Refusal: Mexican Women’s Reponses to Lynching in the Southwest,” The Journal of South Texas, Spring 2018; “La Liga Femenil Mexicanista: The Proto-feminism and Radical Organizing of Journalist Jovita Idár,” in From Sit-ins to #revolutions: The Changing Nature of Protests, Bloomsbury Academic, 2018; and “Lonely Visions of Anxious Objects,” in Convoluting the Dialectical Image – Special Issue, The International Journal for the Practice and Theory of Creative Writing, Taylor & Francis, 2019. https://americanstudies.unc.edu/annette-rodriguez/ Emil’ Keme (Aka, Emilio del Valle Escalante) is a K’iche’ Maya scholar, from Iximulew (Guatemala), and an Associate Professor of Spanish. His teaching and research interest focus on contemporary Indigenous literatures and social movements, Central American-American literatures and cultures, and post-colonial and subaltern studies theory. He has been concerned with contemporary Indigenous textual production and how indigenous intellectuals challenge hegemonic traditional constructions of the Indigenous world, history, the nation-state and modernity in order to not only redefine the discursive and political nature of these hegemonic narratives, but also interethnic or intercultural relations. His broader cultural and theoretical interests cluster around areas involving themes of colonialism as these relate to issues of nationhood, national identity, race/ethnicity and gender. He is the author of Maya Nationalisms and Postcolonial Challenges in Guatemala and the forthcoming, Le Maya Q’atzij/Our Maya Word. Poetics of Resistance and Emancipation from Iximulew/Guatemala (1960-2012).