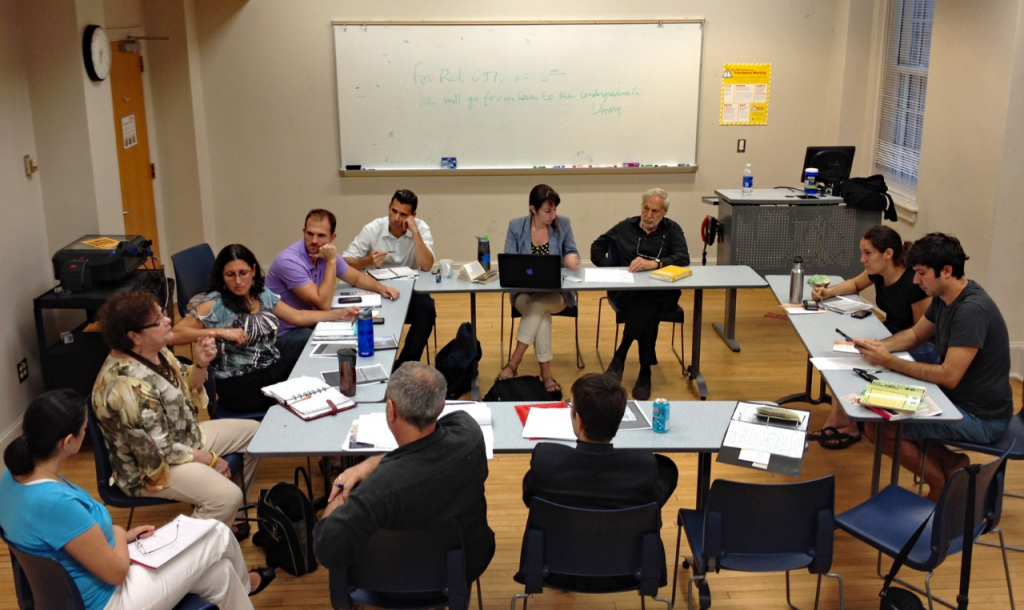 This UNC Latina/o Studies Program working group is dedicated to exploring the histories, cultures, and cultural productions of Jews in the Iberian Peninsula and Latin America (inclusive of the Caribbean) as well as that of Latina/o Jews or Jewish Latina/os in the United States. The triangular nature of the investigation is important for bringing historical (temporal and geopolitical) analytical depth to the experiences and cultural productions of Latin American Jews and United States-based Latina/o Jews. Readings, film screenings, individual and panel presentations, and selected speakers will be distributed among the three sub-areas of exploration (the Iberian Peninsula, Latin America, and the United States). The challenge of the working group is to trace paths of inter-relation between these three sub-areas of investigation.

Participants who have yet to commit: Please email Dr. DeGuzmán to let her know of your interest. Her email addresses are: deguzman@email.unc.edu and mdeguzman@earthlink.net.

Readings and other materials will be compiled by the working group members themselves.

Funding for this UNC Program in Latina/o Studies working group will be provided by the UNC Program in Latina/o Studies in conjunction with the Carolina Center for Jewish Studies and the UNC Department of Romance Languages. Funds may be spent on speakers brought to campus in connection with the working group, films to be purchased to be viewed together, photocopying of articles to be read together or the purchase of other educational materials to be perused as a group, the organizing and advertising of a panel or several panels of presentations by members of the working group to be held on the UNC campus but also advertised to the larger community, and any other activity that benefits the work of the group as a whole on the chosen topic (with its sub-areas) and in which the members of the group may participate to advance knowledge of Hispano-, Latin American-, and Latina/o Jewish histories and cultural production.

Abu El-Haj, Nadia. The Genealogical Science: The Search for Jewish Origins and the Politics of Epistemology. Chicago: The U of Chicago Press, 2012. Begins to break down the Ashkenazi-Sephardi binary, etc.

Ben-Ur, Aviva. Sephardic Jews in America: A Diasporic History. New York, NY: New York University Press, 2009. I would recommend the chapters “The Jews Who Weren’t There: Scholarly and Communal Exclusion,” “Immigration, Ethnicity, and Identity,” and “The Hispanic Embrace.”

Gerber, Jane S. The Jews of Spain: A History of the Sephardic Experience. New York, NY: The Free Press, 1994.

Gil, Lydia. “A Balancing Act: Latin American Jewish Literature in the United States (or Towards a Jewish-Latino Literature).” In A Companion to US Latino Literatures. Carlota Caulfield and Darién J. Davis, editors. Rochester: Boydell & Brewer, 2007. Print. 177-190.