In 2009, Dr. Ashley Lucas founded the Teatro Latina/o Series, which is designed to serve as a hub for professional theater makers to present their plays and to develop new scripts and performances. The series has brought several artists to UNC, including Puerto Rican playwright Migdalia Cruz, Chicana playwright and poet Marisela Orta, Chicana playwright and actor Evelina Fernandez, Chicano playwright Octavio Solis, Chicano theater scholar Jorge Huerta, and playwright, actor, and assistant professor of theater Brian Herrera, among others. The Teatro Latina/o Series is housed under The UNC Latina/o Studies Program and is managed as an ongoing collaboration between The UNC Latina/o Studies Program, Dramatic Art, The Process Series, and the Carolina Latinx Center. The images below are from some of the most recent Teatro Latina/o events. PHOTOS FROM “ALIENS, IMMIGRANTS AND OTHER EVIL DOERS”
FEBRUARY 21, 2018 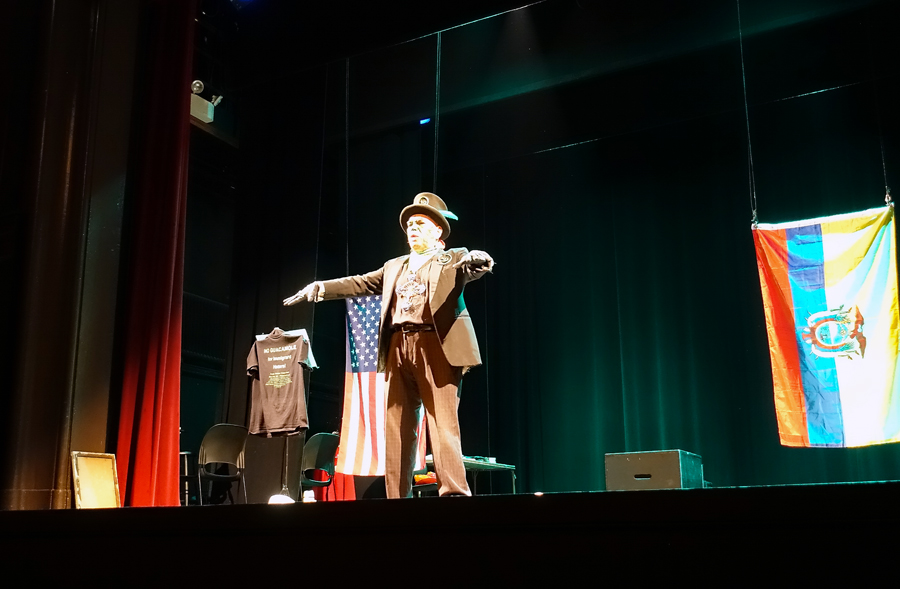