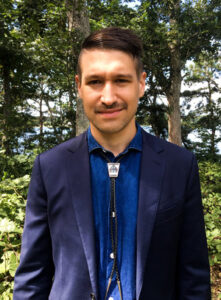 Join us for a virtual visit from Dr. Carlos Alonso Nugent, who will present a lecture titled “Migrating Beyond the Borders of Environmentalism and Environmental Justice” followed by discussion with the audience.

Dr. Nugent will offer readings of El Teatro Campesino’s performances, César Chávez’s speeches, Helena María Viramontes’s novels, and a range of previously unstudied texts and images to show how migrant farmworkers and their allies have helped publics think—and transform—the U.S.-Mexico food system. Putting canonical cultural forms in conversation with little-known pamphlets, posters, letters, song lyrics, and other media, the talk will invite the UNC community to help Dr. Alonso Nugent push back against the prevailing paradigms of environmental awareness and activism. For decades, scholars have celebrated Natives, Latinxs, and Blacks who have fought against environmental racism. All too often, though, scholars have defined these environmental justice activists as inheritors to—or imitators of—white environmentalists. Revising these accounts, Dr. Alonso Nugent will argue that Latinx farmworkers have exceeded both environmentalism and environmental justice—and that they have offered us aesthetic, conceptual, and ethical tools for living on our precarious planet.

**Registration is required for this virtual event. Please complete the registration form below to receive the event invitation on zoom**

In order to attend, please register below.

Submit to Our Newsletter

Crónicas: Podcasts from the South